If you're a frequent visitor of my website, you've probably noticed that there's a fresh coat of paint. And if you're truly a frequent visitor, you're probably aware that it's just 6 months since my last redesign which was a technical redesign rather than a visual one by switching from Jekyll to Gatsby. That redesigned focused on things I value, but might not be apparent at first glance - privacy, speed, accessibility, and security. This redesign, however, focuses more on the visuals. But it also got me thinking, why should we keep redesigning?

Ever since attending Hyper Island back in 2000, I've been an avid fan of learning by doing. I love to read, but I've realized that I learn by doing, not by simply reading something. So redesigning my website has always been a way for me to learn new things. Even though I rely on Alexander Hansson to help me with the core development, I love fiddling with the site's CSS to get the sizes and spacing right. I love being able to try things on my own. I loved being able to take an active role in the development, which is something I rarely get to do in my 'real' work.

Learning by solving specific problems is probably the best way, because then you get to apply what you learn immediately through practice, so it won’t become only theoretical knowledge, but a useful skill that you can use in the future too.Case Study: Interview with Daniel Korpai

But even learning isn't the full picture. It's the obvious answer and it's surely part of the truth. When I read Frank Chimero's post Wants and Needs, things fell into place:

I’ve redesigned my site a lot in the last decade. A lot. Too much and too frequently, most certainly. The stated reason was to practice using new methods (trying CSS grid, taking a new typeface for a spin, and so on). But that isn’t the full story. Too often, I’d redesign because I needed to feel capable at my job, which required a design challenge that wouldn’t drive me nuts. The simplicity of redesigning my personal site became a way to hide from the crazy-making and humbling (humiliating?) complexity of systems design. The redesigns were a happy little bubble of sensibility and control, a way to practice and use technology at work without feeling trapped.Wants and Needs

Because the work I usually do is complex, large, and filled with stake holders, redesigning my own website is limited, appropriately sized, and no one to answer to but myself. It's a way to feel a sense of control in a world that seems to be moving faster each day.

Designers love to run multiple side projects and even though it's my business' primary marketing window, I still see it as a side project. It's a place where I can try things out and see what actually works.

Side projects make you the boss.

“When you feel real ownership for a project, you become more confident in your decisions,” says van Schneider. “You might change your plan and that’s okay. You are always right when it’s your project.”Why Side Projects Should be Stupid 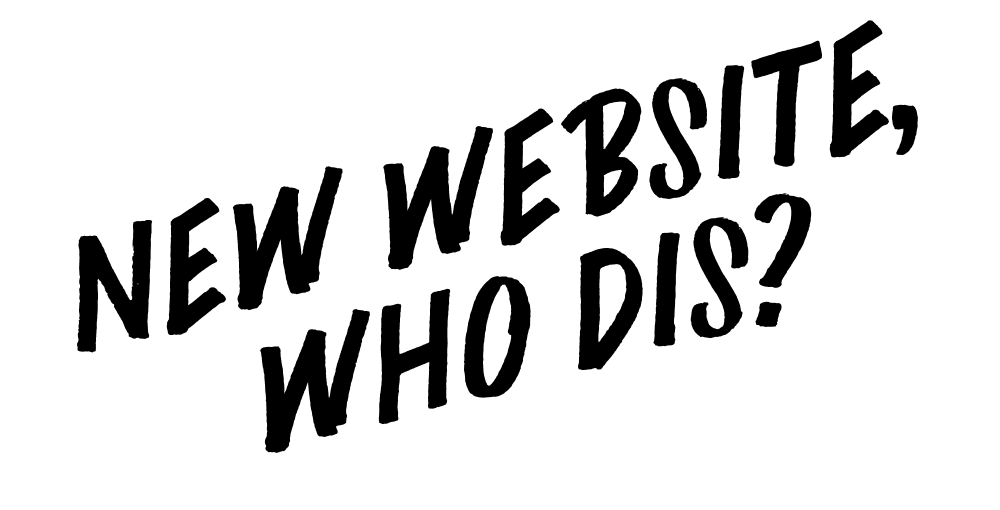 As an admirer of great user experiences, I love reading release notes and especially those that provide insights into why something was added, changed, or removed. Notion, that I'm writing this post in, features all of their release notes in a shared doc (a Notion doc!).

My primary goal for this redesign was to make it more visual. While I still prefer a clean, minimalistic aesthetic it doesn't make sense for my website to look like Google Docs. There's a bit more color on the website now and solid blocks to clearly differentiate the elements.

I would love to hear what you think! Whenever I change something, I value any feedback that lets me know if I'm moving in the right direction. This redesign is no different. So give it a look over and shoot me your thoughts.