How Playing Games Helped Me Succeed at Business

Some might dismiss Tobi Lütke’s tweet’s praise of a video game contributing to his success. Our culture - parents specifically - struggle to see video games as anything other than just ‘time wasters’ while other strategy games like chess are seen as positive to a child’s development. Don’t get me wrong, there will always be consequences for kids (or adults!) that play video games for 8 hours every day. But wouldn’t you see the same effects with someone who plays chess for 8 hours at a time?

Tobi, CEO and co-founder of Shopify, recognizes how playing Starcraft gave him invaluable lessons about running a business - more than any business book ever has. If you’re unfamiliar with Shopify, they are the leading e-commerce solution and generated a revenue of $580 million in 2017. So clearly some of that Starcraft paid off…

This got me to thinking about how we consider certain activities more valuable than others. Going to the theatre beats going to a football game, fine-dining beats a burger, chess is better than playing video games - at least if we should believe what society tells us. Are we being told what’s ‘better’, what’s ‘right’?

I can relate to Tobi’s example as the FIFA series has always been my go to when it comes to video games. I’ve played every iteration of FIFA since FIFA 94 that I had installed on my PC. I’m currently enjoying FIFA 19 so that’s 26 iterations of FIFA! What, if any, business lessons have I taken away from my gaming? If Tobi’s playing of Starcraft helped him focus on creating strategy with limited data, what has FIFA given me?

The game mode I play is called FIFA FUT. Basically, FIFA FUT lets you create your own squad and, through a market place, you can buy players from almost any league in the world. It’s Fantasy League’ish, but you use the mode both to create and build your squad and to play against other players. You can set the formulation of your team, but any two players connected have to relate through either playing in the same league or having the same nationality.

The relationship between sports and business is something that’s surprisingly often overlooked, especially when you consider that our greatest sports teams are successful businesses in their own right! Mark McGormack’s book, ‘What they don’t teach you at Harvard Business School’, is one of my favorites and talks directly about this industry. Mark is one of the most successful entrepreneurs in American business and is widely credited as the founder of modern-day sports marketing. So what parallels have I’ve been able to draw between playing FIFA and the way I run my business? And while I, unlike Shopify, don’t have an annual revenue of millions of dollars, I have been in business for 10 years - and I’ve been profitable every single year - something that few businesses can claim!

Surround yourself with people that are just slightly better than yourself

Your team is never stronger than its weakest link. If most of your players are rated around 70 (every player is rated from 0-99), getting a Ronaldo or Messi (both 99 rated players) won’t save your team. Not only won’t your other players improve that much, Ronaldo won’t be able to perform at his best because, guess what - it’s a team sport. Instead, the best tactic is to have players that are around the same point range with a couple of players that are slightly better. An 82 rated player will perform better when paired with an 85 rated player. In my experience, the same goes for business. Try to surround yourself with people that are slightly better than you in certain areas and you’ll both benefit from each other and find success. 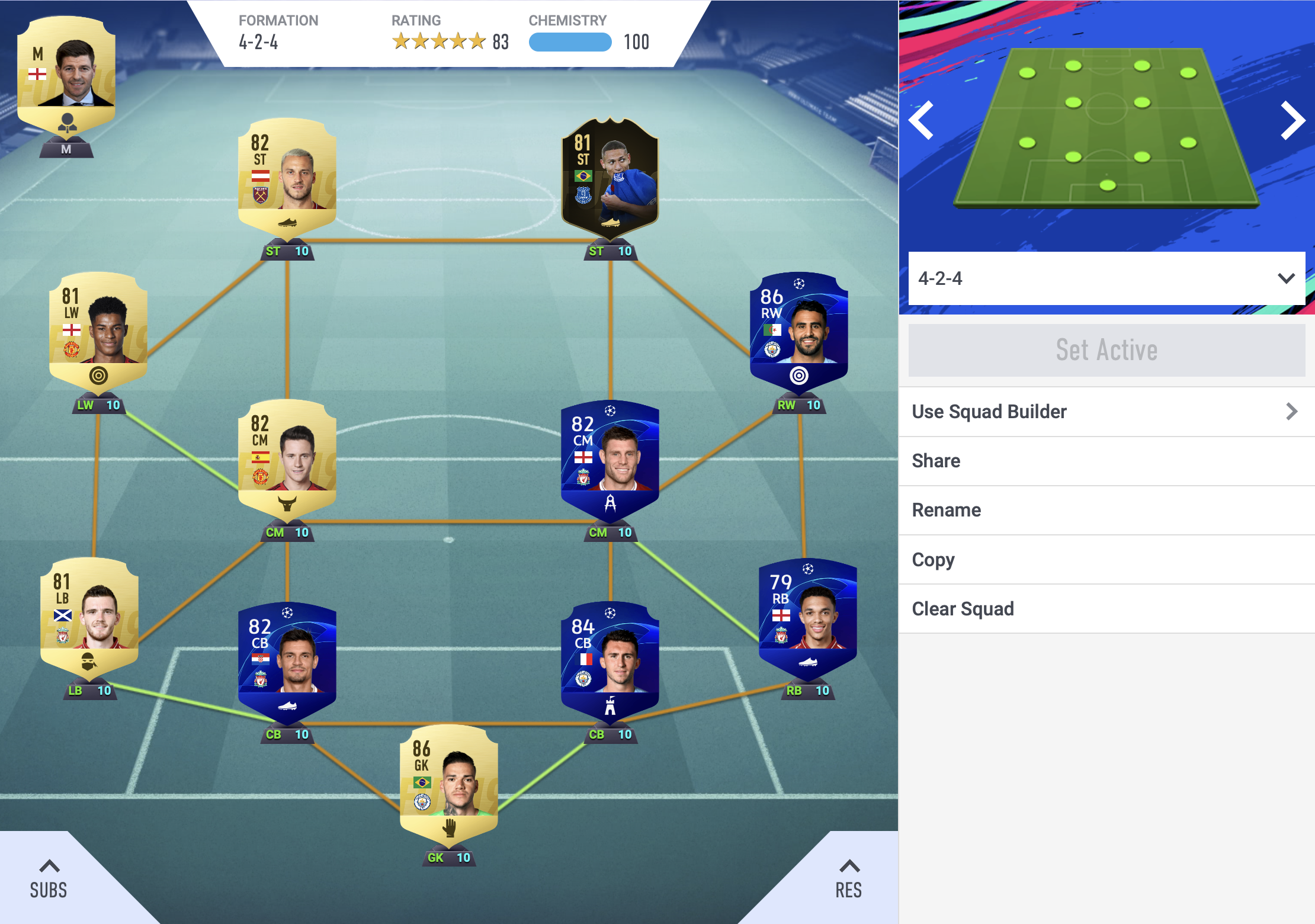 In order to buy players, you need to sell players. Like any business, it’s about staying cash positive and in order to grow, you need to do the work (e.g. play games) and ideally, sell players for more than you bought them for. You get a couple of players when you at the beginning of the game. The value of players go up and down due to a number of factors. 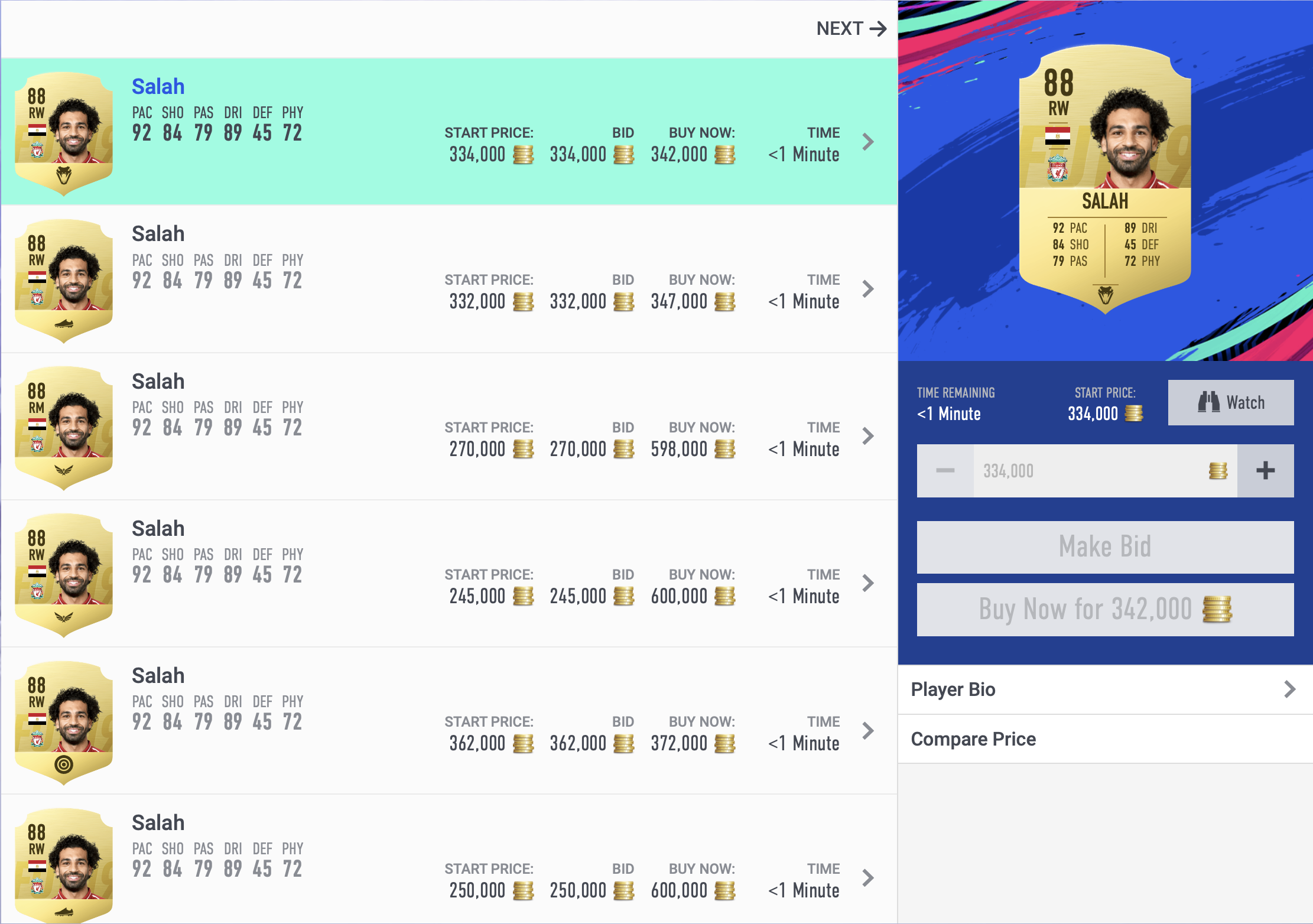 Lessons in business can come from anywhere

I believe lessons in business can come from anywhere as long as you’re open to it. I even wrote about how I think about clients as flowers or plants! Pauls Jarvis recently wrote about the business lessons he drew from watching The Americans.

Just like Paul, it’s rare that I get my best business insights from traditional business books (or even Medium posts), but I instead use my experiences and observations to define what a good business really is to me. One of the reasons I love staying at some of the best hotels in the world (well, besides that they are some of the best hotels obviously) is I get the opportunity to see how they treat customers and the extra touches they use to improve my experience. It’s not unusual that a lot of these ideas are then adapted to my business!

It’s important to remember that I’m not trying to convince anyone that staying small or questioning growth is the 100% right way to go either. I don’t actually want to convince anyone of anything—instead, I want to offer a different perspective for your own introspection. I want to create space in your mind for a counter argument that you don’t have to grow a business to succeed unless it makes sense and is truly what you’d want to manage and maintain after growing.Paul Jarvis

Similarly, I think when you are open to defining what success looks like - you’ll be open to find inspiration in the most unexpected places, even from playing video games!