Let's start by stating the obvious - 2020 was unlike any other year. There's hardly anyone on the planet that hasn't been affected by the COVID pandemic. I'm so extremely grateful that I've managed to stay healthy and that the restrictions in Sweden have been very loose compared to many other countries. Unfortunately, that has also had serious ramifications on the amount of cases as well as deaths that Sweden has recently experienced.

Going beyond COVID, 2020 has been an extremely tough year for me and surely a year I'll never forget.

On the work side of things, 2020 has actually been a really prosperous year for me. I've been fortunate to get to work with amazing people and brands - growing my relationships and experiences. Financially, I haven't been affected at all, in fact financially 2020 is looking to turn out great. I've worked two major projects this year which feels like a good balance - Herman Miller (through SuperFriendly) and a project with Ueno.

The year started with me directing my first SuperFriendly project for a long-time dream client, Herman Miller. It feels weird looking back and remembering how all of us met up in Atlanta, GA for a few days back in February. The pandemic had just started to get some publicity, but no one had a clue of what was to come. To put it in perspective, when I flew to Atlanta the US had a total of 8 confirmed cases. Today that number is more than 19 million.

My takeaways were numerous. I learned how different leading a team is than managing a team. And leading a team is also (obviously) very different from being the Design Lead on a team. During this project, my main objective was to set the course for the team and ensure that we were all doing the best work possible. This team became one of the most loved teams I've ever been on and I am extremely grateful.

What was also very different was leading a team during a pandemic - especially when they are scattered across the world - Sweden, Lebanon, Mexico, the US (Dallas). I still talk to them on a weekly basis even though the project ended 6 months ago and I care about these people deeply. Sara's testimonial was one I really appreciated as it showed that I take the time to communicate effectively. Even some of the people from Herman Miller turned out to become great friends and we stay connected. Maybe this is partly due to us navigating the first few months of the pandemic together? 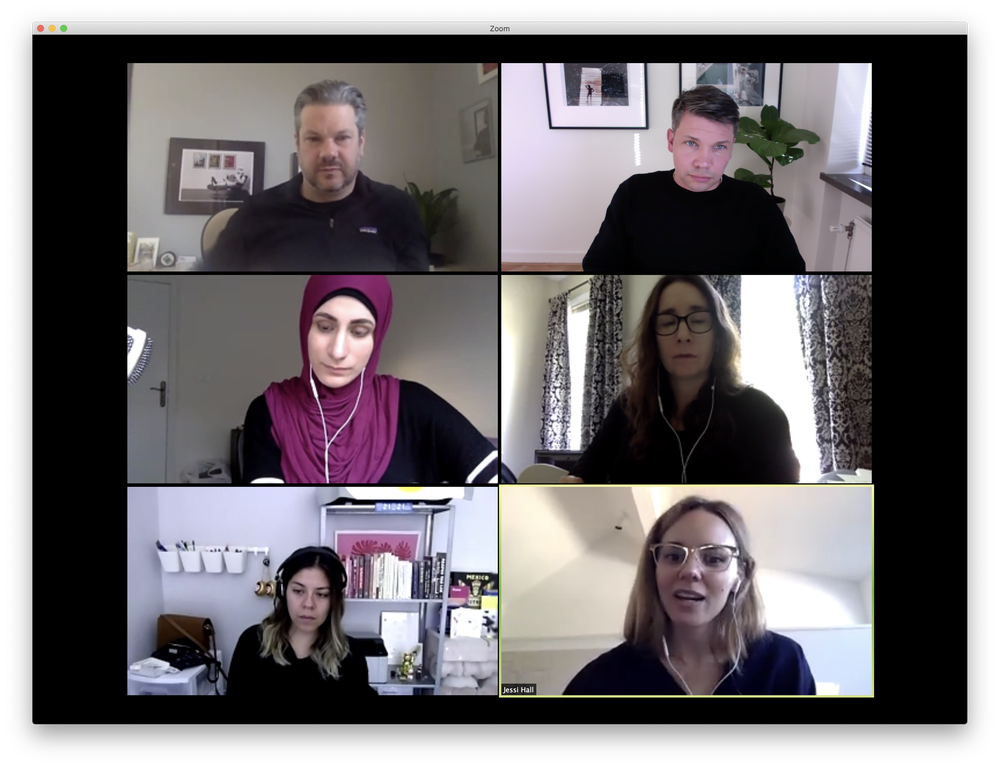 The other large project I worked on during the year (and am still work on!) is agency work for one of Ueno's clients. I've been a fan of Ueno's work for a long time, so it's been fascinating to get glimpse behind the scenes. The project I've been working on is an e-commerce app for a large retailer which is awesome, and at times, very frustrating work for a product design guy like me. Ueno was one of those companies who were fairly quick in closing their offices early on and we'll be remote until the end of 2021 at the earliest. 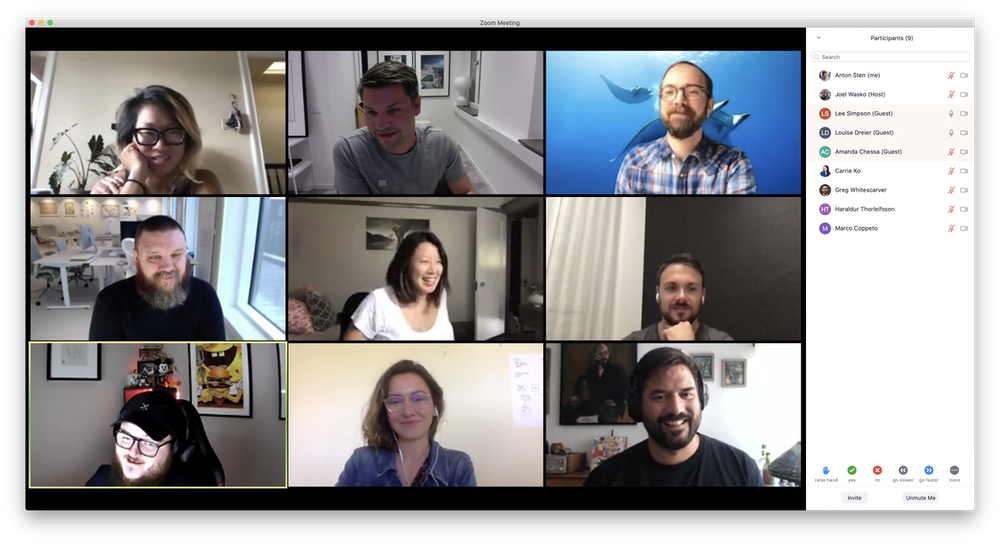 And a bunch of other lovely people

I've also worked with a couple of other companies and people doing great things:

I've also been happy to have more people hiring me for my coaching services that I launched during this year.

Throughout the year, I've felt an decreasing interest in my newsletter and website. Well... that's not entirely true. I've felt a decreasing interest in monitoring subscriber growth, page visits, and other pointless vanity metrics. Instead, I've been more interested in engaging with the people that are on my list. I'm more excited about writing to them privately than sharing everything on my blog. And, I'm more interested in having a focused discussion than to monologue. Blogs are not great for discussions. If you want to join the list, just sign up. Once you've joined, you can join our Slack group too.

This August, I did a major redesign of my website. I decided to drop both Google Analytics and later my long-time favorite GoSquared in preference of using just Fathom because of their focus on privacy.

The three most popular posts from the last year:

I already mentioned that it has been a challenging year for me, but more due to other things in my life than the pandemic. This year has been a roller coaster of highs and lows and, unfortunately, those lows have been more frequent and longer lasting. There are two major events that has happened in my life this year.

The loss of my best friend

For nearly 15 years, I had Meta with me day and night. She slept as close as she could to me almost every night and she slept under my desk everyday at work. We walked back and forth to the office and even shared meals together. It might seem odd to describe that kind of relationship with a dog, but she was my best friend. At the end of 2019 and the beginning of 2020, it became more obvious that not everything was well with Meta. She didn't seem to be in pain per se, but it was clear that she wasn't fine. She would walk around at home without direction and she became increasingly short-tempered. Finally in March when I came to pick her up, it took a good minute before she recognized me. So in May, I finally took the decision to let her move on to the after life. It was a decision that was filled with mixed feelings. I knew it was the right thing to do, but it felt heart breaking. 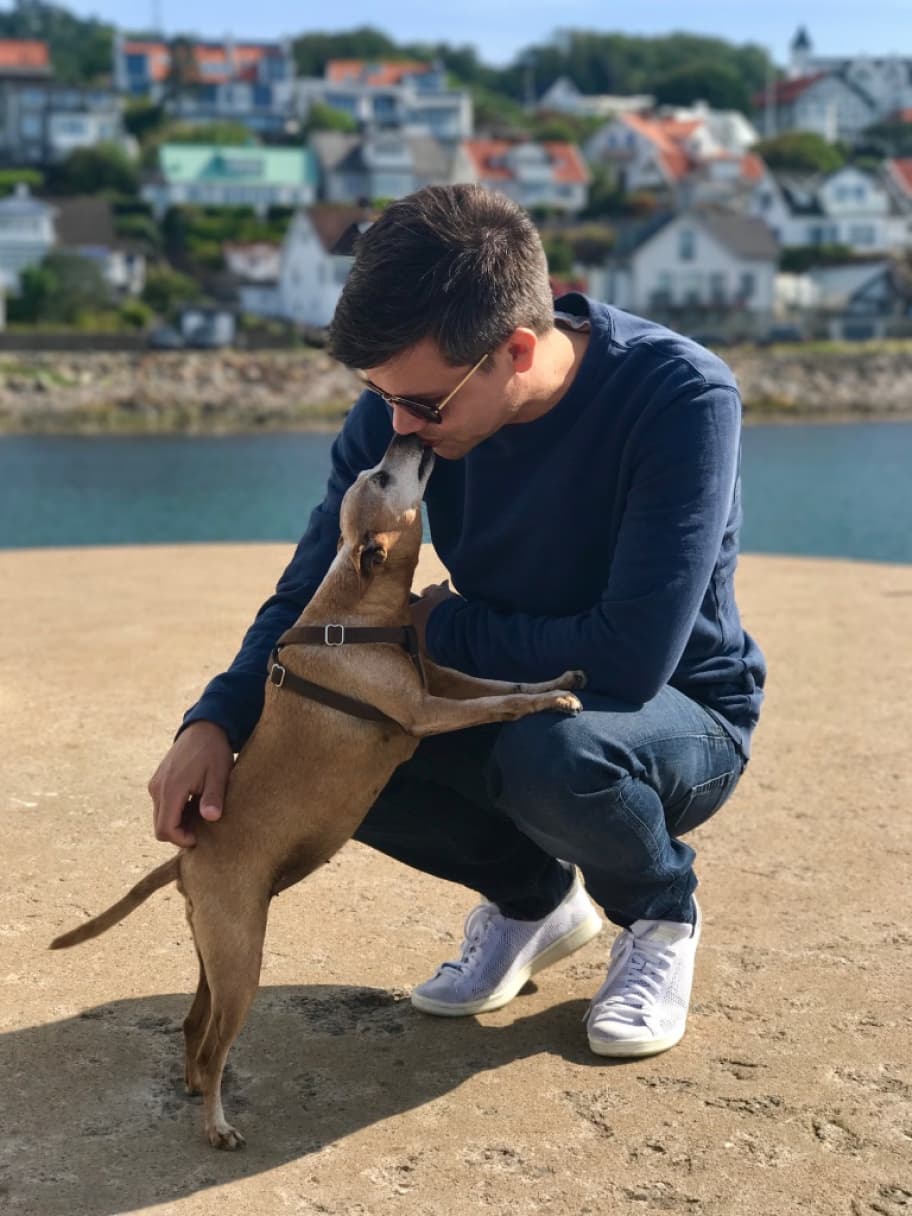 I met my (ex) wife when I was just a boy. I was just returning from my internship at Lateral in London back in 2001. She was a student at Hyper Island as well. We moved in together after just a week and got married five years later. These last years, however, have shown us that we want different things in life. It took me probably a couple of years to realize that this was the case, but once you admit it, you also give in to the fact that there's no return. Cait Flanders mentions the same in Adventures in Opting Out, "Once you see things, you cannot unsee them. Once you admit to yourself that you know you will be better off without her."* We've worked hard at staying good friends through communication, but I can tell you that living with your ex wife for 6 months during a pandemic is at times "challenging". I've probably listened to Exile a million times this year.

We told our families, we sold our home, and we cried a lot. Only the future knows what happens next and what our relationship will be like.

So I'm stepping into 2021 without a dog and without a wife. I'm doing my best at looking at this as endless opportunities with freedom for growth. I'm excited to move into my own apartment as I haven't lived by myself since I was 21. I'll be moving to Malmö, so I'm excited about exploring a new neighbourhood. I've met someone that I really like and it's weird, but fantastic, experiencing new love.

I'm hopeful that 2021 will allow me to travel again. I haven't seen family in well over a year and I miss them terribly. I wanna go to Paris, Amsterdam, Chicago, and London. I wanna go visit friends in Oslo and Stockholm, have dinner in Copenhagen, and travel for work to the US again.

I've connected with a ton of new people during 2020 and I'm curious to see where these new connections will take me. And if this year has taught us anything, it's to cherish the people around us and that sometimes being healthy is enough.