~~It’s been nearly two years since I got my Apple Watch and while it’s been heavily criticized since it launched, I still believe it’s a product with great potential.~

The real secret to creating great user experiences is providing as much value as possible with as little friction as possible – with emphasis on the last part. You see, when the Watch first launched, Apple was still unsure how they would provide value, so they learned through trial and error. In fact, I’m still wearing a Series-0 watch, it is a better device than when I got it thanks to constant improvement culminating in WatchOS3. How many other devices can say that? Even the battery still does awesome!

We’re heading toward an age of assistance where friction will mean failure, and mass messages will increasingly mean “move on”.
Sridhar Ramaswamy, SVP Ads & Commerce at Google

Each device has it’s own capabilities and can provide experiences based on two things; the task complexity and the effort it takes for me to perform it – including pulling out the device.

Here are some devices I use daily and how I see their user experiences:

1 The Apple Watch requires minimum effort from me – it’s just raising my hand and looking at my watch – but the complexity of tasks it can perform (well) are limited. It’s great for reviewing notifications and keeping track of my activity for instance, but it’s not great at tasks that are a little more complicated like sending texts or reading email.

2 The iPhone requires a little more effort from me – I have to pull it out of my pocket, unlock it, and then I’m good to go. It’s biggest benefit over a computer is it’s mobility. I can bring it anywhere, I’ll have Internet access and it performs most tasks rather well; browsing the web, reading, checking social media, and sending email and texts.

3 The Macbook requires more effort from me – while I can bring it anywhere, I need a bag to do so. Ideally, I need a desk or at least a chair. If we’re talking about a desktop computer, I’m forced to be in a physical location too. The range of tasks it can perform is far wider than any of the other options. I can use software like Sketch and Photoshop and I have access to a full-size physical keyboard to write effectively. 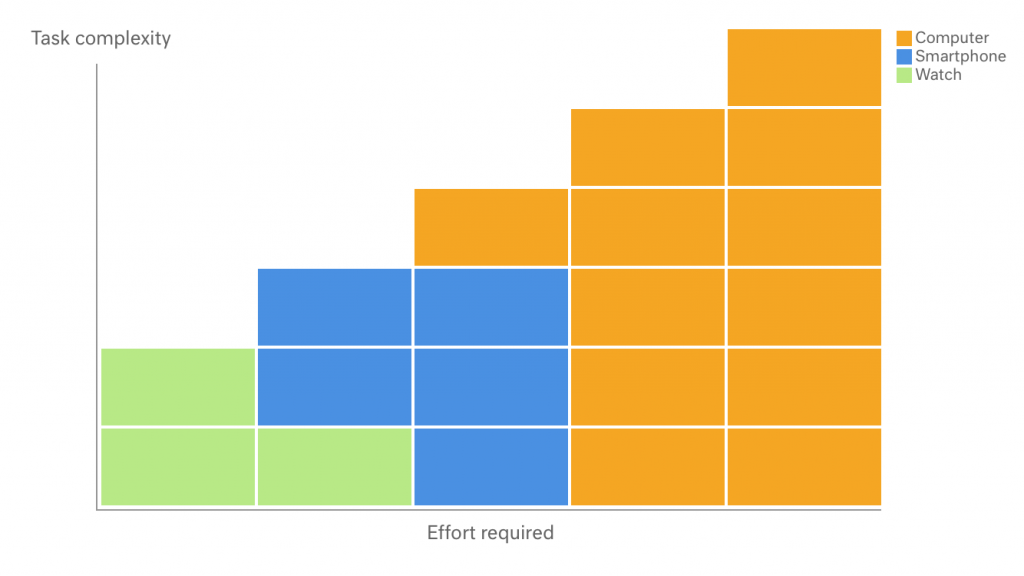 Perhaps this is why the iPad has never left a mark for me – the effort required (similar to a Macbook) combined with the tasks I can perform (similar to an iPhone) leaves me hanging.

A truly ground breaking device is able to perform actions that you previously couldn’t in completely new ways. Before the iPhone, surfing the web on a mobile was a painful experience and the secret behind Facebook’s success is surely the growth of the mobile web, making it accessible nearly everywhere.

Rumors are that the next Apple Watch will be able to actively monitor a user’s glucose levels without taking blood. Diabetes is a disease that affects 371 million people worldwide and, according to the International Diabetes Federation (IDF), 187 million of them do not even know they have it. Apple’s efforts could lead to a historic achievement in the world of health and fitness.

“Currently, the only way to properly measure blood sugar levels is by using a blood sample, or by using a device that penetrates the skin. It’s uncomfortable, difficult and painful, and there are not presently any widely available noninvasive methods that are accurate.”

For a diabetic like myself, this capability would introduce a completely new benefit of using the device. It would essentially take a task that today requires effort (take out glucose meter, get blood, watch for results) and simplify it by a huge factor. Essentially – this would take what today is a complex task and make it completely painless – literally and figuratively! 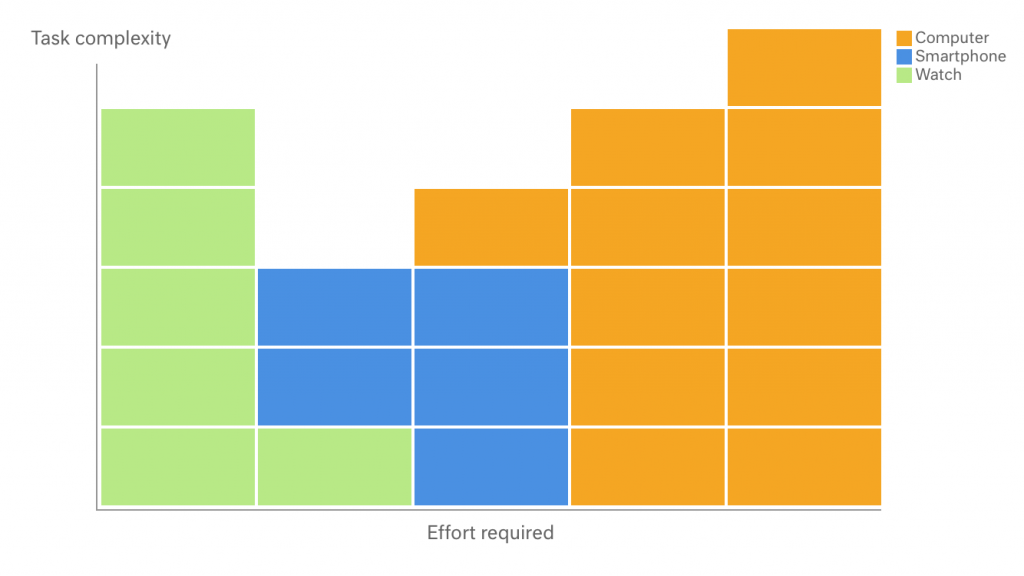 There’s no harm in iterating and making current processes better and more fluid. Not everything needs reinvention. But every once in a while, a ground breaking device or feature can change the lives of millions of people. If Apple gets this glucose monitoring right, it will put the Apple Watch solidly on that list.