5Things Football can Teach Us About Building Products

This is really the foundation of everything you do. There is simply no way to build something great in two weeks that will last in the long run. Almost every year, there’s one or two teams in the Premier League that surprises everyone and stands out in the beginning of the season. Unfortunately, they usually fall behind later and end up in the middle of the table. However, last year Leicester beat the odds and won the Premier League. Prior to this, their highest ever finish was second place in the top flight, Division One, in the 1928-1929 season. By some measures it was the greatest sporting upset ever; multiple bookmakers had never paid out at such long odds for any sport! The success behind Leicester is simple, they show up each day and work hard. They had a dream they wanted to fulfill and they made it happen through pure determination and grit.

Although a small country with just 11 million inhabitants, the Belgium team held the second place ranking in the world for much of this season. I believe that one of the reasons for their success is because of Marc Wilmots, their head coach. We all have our strengths and weaknesses, but by being aware of them we can utilize them in the most optimal way. This goes for building products too. Naturally, in terms of staff but also in the tools we use. Proper utilization of server equipment, software, and picking the proper framework can mean the difference between success and failure.

Even smaller than Belgium is Iceland. It’s population is just above 300k – about the same as the city of Malmö, Sweden. It was a massive success for a nation of Iceland’s size to just qualify for the Euros and they even did it by beating Holland (twice!). So imagine the surprise when they got through to round 16 and beat England – ironically same week as #brexit making it a tough week for my English friends! The Icelandic team is aware of their strengths and weaknesses, but their real success lies in how well they work together. While they might not be as technically skilled or have the same physique, their mental determination makes up for it. A friend, who’s Icelandic, describes the mental attitude of Iceland as one where it’s OK to fail – as long as you give it your best shot.

I have always stressed the importance of doing your own thing rather focusing on what others are doing. You don’t want to imitate them, but innovate upon what everyone else is doing. It’s crucial to understand your competition’s strengths and weaknesses. The fastest way to failure in both football and tech is underestimating your competition. Microsoft didn’t see Apple as a threat just as none of the bigger teams saw Leicester as one. While Leicester celebrated, you can trust that the other teams looked back how they allowed themselves to underestimate their competition.

There’s no better way of performing well than to do something you truly love. This love for the game is the biggest reason for Brazil’s consistency in football. In the words of Liverpool legend Bill Shankly:

“Some people believe football is a matter of life and death, I am very disappointed with that attitude. I can assure you it is much, much more important than that.” 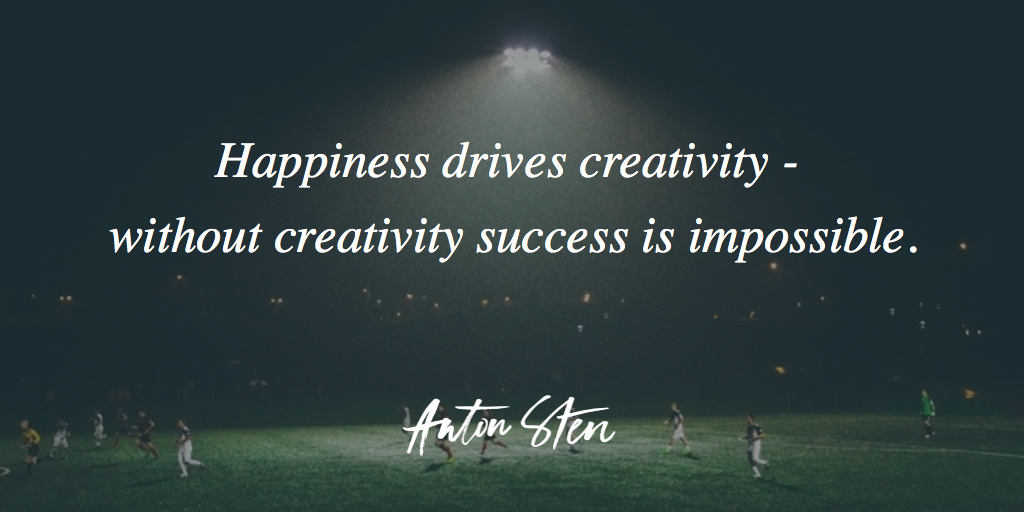 I love the Beats commercial with Neymar released ahead of the World Cup in Brazil in 2014. In the beginning, Neymar talking to his father:
“Today, be happy. Enjoy. Don’t hold back.”

This happiness drives creativity – without creativity success is impossible.

So as you can see, there are many similarities between the football and building a great product – even if the abs of Ronaldo share little resemblance with Ehrlich Bachman.